Growing up Asian in Australia

Growing up Asian in Australia is an anthology of reminiscences from prominent and not so prominent Asian-Australians who all have one thing in common - lives that have been affected, in one way or another, by the straddling of East and West.
Edited by award-winning writer Alice Pung, these are tales of being called racist names in the schoolyard, unpacking school lunches that smelled different from the other kids’, negotiating romantic relationships with people from other cultures and much, much more. Sunil Badami recalls being taunted about his name and wanting to be just Neil, Kylie Kwong writes about the first time she visited her ancestral home in China and Cindy Pan remembers her aspirations to win every single category of the Nobel Prize. Honest, unflinching and often extremely funny, these stories give voice to the many Asian-Australians that grew up here but often felt like they didn’t belong. My only criticism of this anthology would be that Alice Pung hasn’t put one of her own stories in! 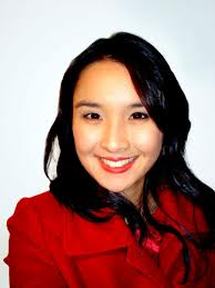 Alice Pung is a writer, lawyer and teacher. She was born in Footscray and grew up in Braybrook, attending local primary and secondary schools in the Western suburbs.
The author of Her Father’s Daughter and Unpolished Gem and the editor of Growing up Asian in Australia, Alice has received enormous critical acclaim for her writing. Unpolished Gem won the 2007 Australian Newcomer of the Year award in the Australian Book Industry Awards and was shortlisted for several other awards including the Victorian Premier’s Literary Awards, the New South Wales Premier’s Literary Awards and The Age Book of the Year 2007. Unpolished Gem has been translated into other languages and is also published in the UK and US.
She has had stories and articles published in Good Weekend, Meanjin, the Monthly, Age, The Best Australian Stories 2007 and Etchings.

In 2008, Alice was the Asialink writer-in-residence at Peking University, and in 2009, the Australian representative at the Iowa International Writing Program. In 2011, Alice was the Australian representative to the US Department of State ‘Fall and Recovery’ writers’ tour of disaster and conflict sites of America. She has also given guest lectures at Brown University, Vassar College, Peking University, the University of Bologna, the University of Milano and the University of Pisa.
Alice has worked extensively with both primary and secondary school students through Booked Out, and is currently the writer in residence at Janet Clarke
Hall, the University of Melbourne. She has a deep passion and empathy for youth issues, and believes in the power of good humour (and not-so-good puns) to help surmount adversity.
A qualified legal practitioner, she is currently works in the area of minimum wages part time. The rest of her time she devotes to writing and school visits.

Australia and racism - you decide.

Australia: a nation of racists? (Audio only)